How To Know WhatsApp Server Status In Real-time 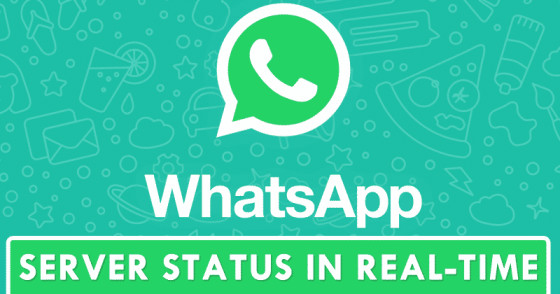 WhatsApp is, without a doubt, the world’s most popular instant messaging programme, and it is also one of the greatest services for users to exchange messages and calls over the world.

However, when the service, in this case WhatsApp, goes down, the social media erupts, leaving millions of users in a state of ‘turmoil.’ As a result, in this piece, we’ll show you an outstanding lesson on how to determine whether WhatsApp is down or active.

The first thing that comes to mind when we think about instant chatting is WhatsApp.
Of course, it is the most widely used and popular platform for sending messages, calls, and other communications in the globe.

However, we have seen how server failures happen in the case of WhatsApp on multiple occasions recently, causing the most popular instant messaging software, of course, WhatsApp, to remain down for all of its users throughout the world. As a result, one of the most common concerns among users nowadays is that WhatsApp’s connection is down or unavailable.

Although phone calls and SMS are still available, they all come at a cost, and the most popular instant messaging software, WhatsApp, of course, allows us to save those fees. As a result, when WhatsApp services go down, users typically make a lot of noise and become fairly violent on social media.

However, there are a number of ways to get real-time WhatsApp status updates, albeit many of them rely on third-party and closed-source technologies that aren’t transparent about what they’re using to provide the data.

WhatsApp, the world’s most popular instant messaging software, has an official Twitter account from which we can monitor its status in real time. When a network problem arises, the person in charge of updating this social account informs the service’s status so that a message is published as soon as a connection failure is identified.

The same account also tells that the system has been restored when the network is restored and everything returns to normal. The complete service is now generally up and running with no issues.

The second option to know: WhatsApp itself

The WhatsApp client offers a feature that informs us about the state of our services and whether or not we have a connection problem. As a result, we must follow the methods outlined below to do this.

3. Now, following the steps above, you should see a window similar to this. 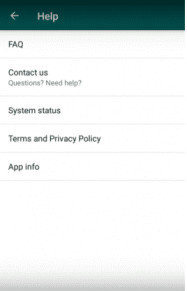 5. Select the option “System status” after completing the previous steps. 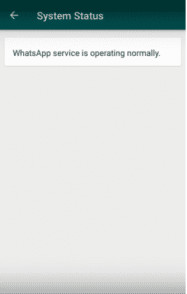 6. You will now be aware of the WhatsApp service’s current condition.

That’s all there is to it; you’re done. Assume the servers’ status is correct, but the messages do not reach their intended recipients, or we are unable to connect. In that scenario, it’s possible that the internet connection is down owing to WiFi, or that we don’t have a working mobile data connection.

It’s also possible that the servers were dropped without giving the company enough time to notice, in which case we’ll just have to wait a few minutes to see if the connection is restored.

So, what are your thoughts on this? Leave your ideas and opinions in the comments area below. And don’t forget to share this tutorial with your friends and family if you enjoyed it.