by Mark Taylor
in REVIEWS
0 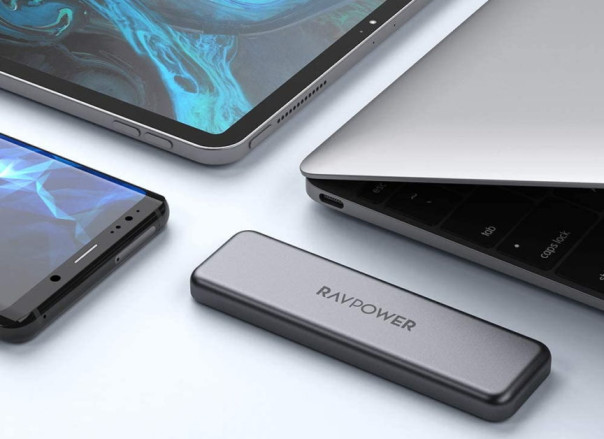 Portable storage is one of the things that has changed the most out of all the electronic devices I’ve travelled with over the years. Hard discs that were sluggish, heavy, and fragile were the only choice for backing up huge quantities of data on the road a decade ago. I always had one in my carry-on, but figuring out if it would still operate after a turbulent bus ride added a layer of intrigue to every trip.

Portable solid-state drives (SSDs) fundamentally changed the game. They’re not only faster, smaller, and lighter than traditional hard drives, but they’re also significantly more reliable thanks to the absence of moving parts. When they initially came out, they were prohibitively expensive, but as with everything else in technology, the price has reduced considerably over time.

The RAVPower Portable SSD fills that void. This small, light device has a suggested retail price of under a hundred dollars for half a terabyte of fast storage that fits in your pocket, can withstand bumps and drops, and works with both desktop and (some) mobile devices.

On the surface, it seems sense for backing up photos and other information on the go, or simply adding more storage to a phone, tablet, or laptop in a way that’s easy to transport whether you’re travelling across the globe or just across the home. But, in practise, how well does it work? The moment has come to find out.

The pouch is large enough to hold both the drive and the cords, with a divider to separate them. There are instructions for using the app on desktops (Windows or Mac), the iPad Pro, and Android devices. Due to insufficient power offered by the Lightning connection, it is sadly not supported on older iPad models and iPhones, even if you use the correct adapter.

Portable drives aren’t the most complicated of peripherals, and this one isn’t any different, with a USB-C port on one end and a logo and sticker on the other. Unless you want to encrypt the contents, you don’t need to install any drivers or software to use the drive. RAVPower comes with AES-256 encryption software for macOS and Windows, which requires you to provide a password of up to 12 characters before you can access the data.

If you plan to connect the drive to your phone or tablet, you’ll need to disable it or use alternative encryption software because it’s not supported on mobile OS systems. The desktop software can be found on the drive or downloaded from the website, along with a copy of the manual.

Because there are no moving parts on this SSD, it’s very tough out of the box, and it’s rated to withstand fall of at least a metre (3.3 feet.) However, it is not dust- or water-resistant, so if you need a drive that can withstand more harsh conditions, you’ll have to go elsewhere.

Let’s start with the most obvious feature: the RAVPower Portable SSD is quite compact, especially for anyone who is used to carrying around a regular portable hard drive. It fit comfortably in my palm and was light enough to balance on a single finger. It was small enough to fit in my pants pocket with plenty of room to spare, even with both wires in its bag. So far, everything has gone well.

To begin, I connected the drive to my laptop and performed two benchmarks: one with the drive linked to a USB-C Thunderbolt connector and the other with the drive connected to a USB-A 3.0 port. RAVPower advertises a maximum speed of 540MB/s, however on certain sequential read tests, the drive significantly exceeded that.
During those testing, the Thunderbolt port provided 15-20 percent quicker read speeds, with less of a difference when writing data and no discernible change in random read/write tests.

I next moved 110GB of photographs from my laptop to the near-empty portable SSD over USB-C to stress-test the disc. It took 17 minutes and 30 seconds, which is astonishingly fast when compared to a traditional spinning disc: uploading the same contents to my portable hard drive took well over half an hour. The problem with solid-state drives (all of them, not just this one) is that as they full up, write speeds slow down.

It’s an important aspect of how this type of storage technology works, and the general guideline is that you should keep it under 75 percent capacity to get the best performance. This is also true of the RAVPower Portable SSD. I re-copied the same collection of images to the drive after filling it to around 70% capacity.

Everything else about the test remained the same, but it took twice as long to complete, with the work ultimately being completed just before the 35-minute mark.
Is it possible to make a long storey short? When the drive reaches roughly 3/4 capacity, copying files to it will take significantly longer. Thankfully, read speeds are unaffected.

Finally, I used USB-C to connect the disc to an Android phone. It was promptly discovered, and I was able to navigate it as if it were any other storage device using a file manager programme. It took just over 12 minutes to transfer 17GB of photos from the phone to the hard disc. It was a lot slower than copying data from the laptop, but it worked just well.

As previously stated, no extra software is required to operate the drive normally.
You’ll need to use the associated programme (or another encryption application) on Windows or macOS if you want to encrypt the contents. On Windows, the installation took barely a few seconds. It’s a straightforward software with a large button for enabling “Safe Mode,” as the firm describes it.

Encryption is enabled automatically when you enter a password twice and a hint if you forget it. You’re confined to a 40MB read-only partition called “RAVENCRYPT” in “Safe Mode,” which only contains the programme installers and PDF instructions that come standard. When you enter your password, the primary partition appears, complete with all of your typical stuff.

On Android, I tested the encrypted drive and found that I could only see the default files, with no means to unlock it and see the remainder. Although you may disable “Safe Mode” from the desktop app, this isn’t much assistance if you don’t have a laptop or other computer nearby. It’s a simple solution if you don’t expect to use the drive with mobile devices frequently, and it’s worth considering if you put anything critical on the drive.

The RAVPower Portable SSD is a simple sell for anyone who needs extra portable storage, thanks to its size, features, and price, as well as a two-year warranty from a reputable manufacturer. Unless you’re on a limited budget, have a lot of storage demands, or are very rough on your gear, it’s a straightforward and cost-effective solution to a long-standing problem.

This is an obvious pick for travellers because of its light weight, durability, and ease of encryption, but it’s also suitable for anyone who needs to access anything up to a terabyte of data when out of the house. 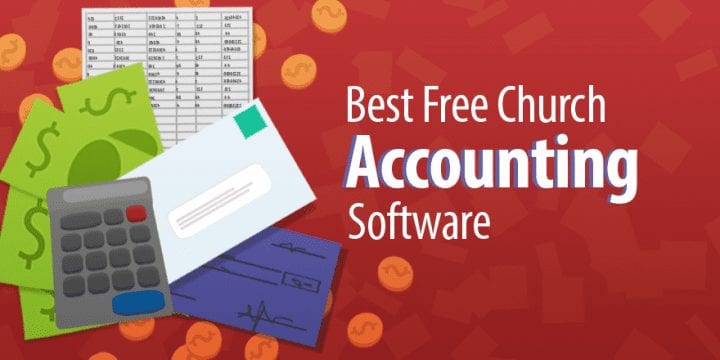 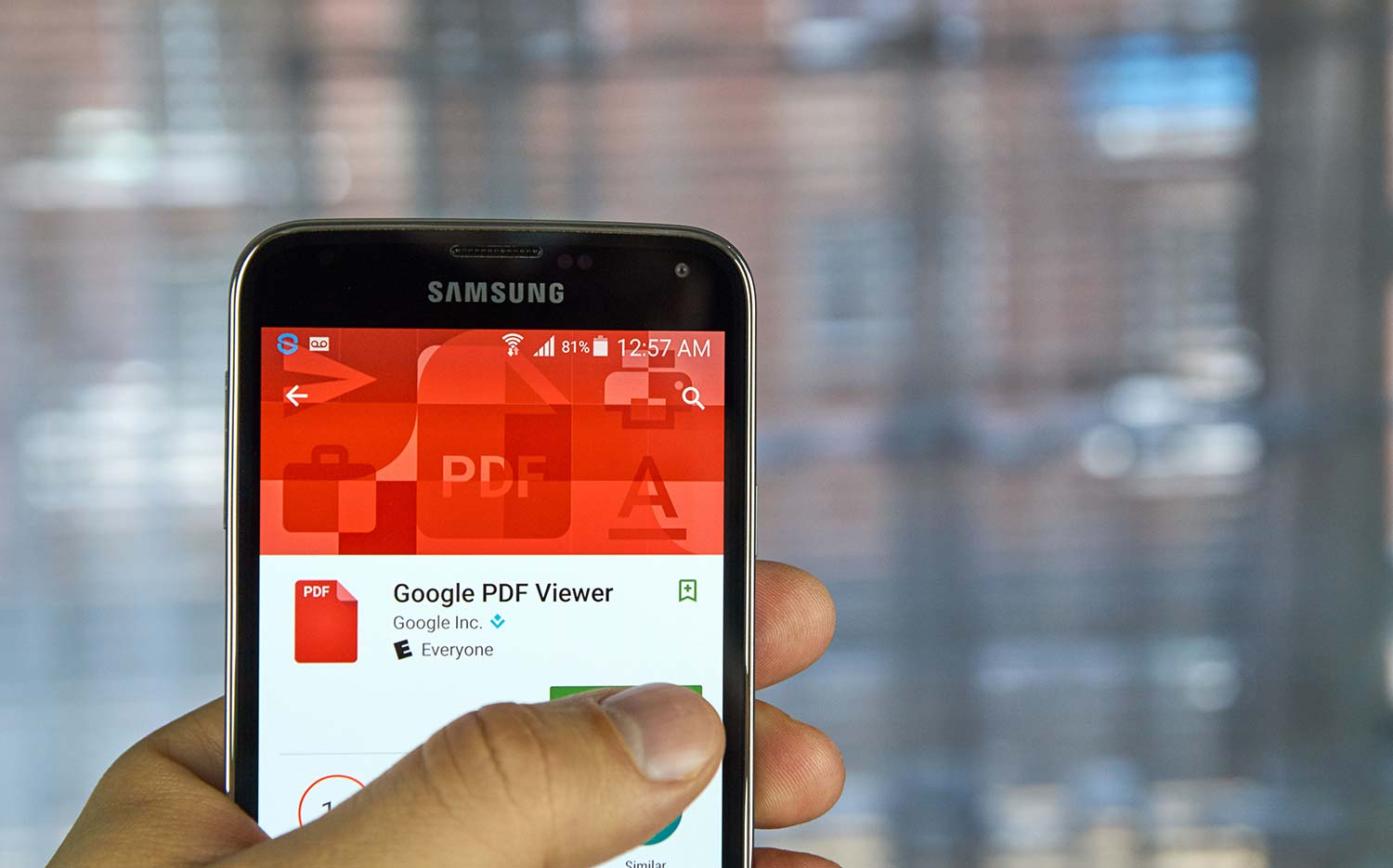 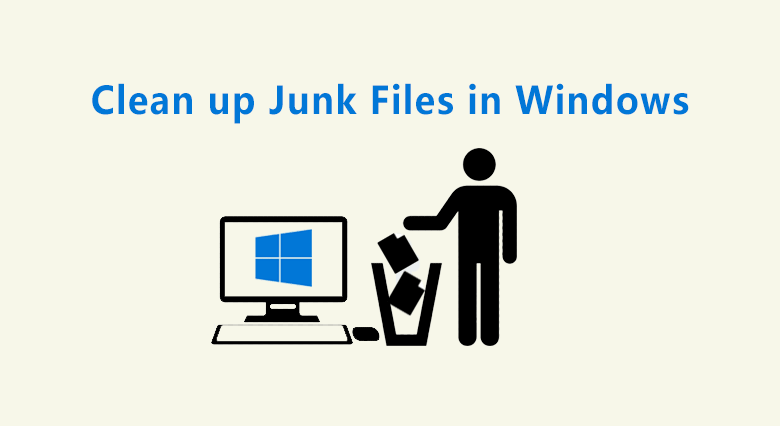 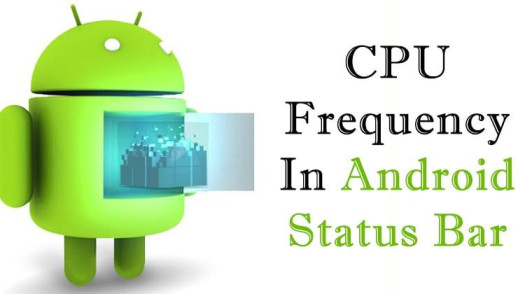 How To Show the CPU Frequency In Android Status Bar