by Mark Taylor
in ENTERTAINMENT, TECHNOLOGY
0 A hilarious voice changer software is a must-have if you have problems hiding your voice yet like playing practical jokes on your friends and family. It may assist you in creating a wide range of wonderful and amusing voice effects. A specialised real-time call voice changer software will be immensely handy for people who like playing practical pranks on others and getting out of dull situations.

To make prank calls to your buddies, you may utilise a variety of applications. While on the phone, we’ve created a list of the top voice changer applications for Android and iOS.

What is the best Android and IOS Voice Changer App?

MagicCall and Funcall are two of the most popular and finest free voice changer applications for iOS, while Voice Changer with Effects is the greatest voice changer software for Android.

What is Voice Changer in Snapchat?

The Snapchat voice changer is a Snapchat tool that allows you to transform your natural voice into a range of humorous and unique sounds by applying a variety of speech filters such as alien, bear, cat, robot, and many more. Prank Dial is a popular voice changer programme that may be used during a phone conversation. It’s also Android and iOS compatible. This one is distinct in that it includes pre-recorded lines that are played throughout the conversation.

So you may call someone’s phone and choose one of the recorded voices to play a prank on them. Simply phone your buddy and play the hilarious tracks while you wait for their response. With this call voice changer programme, you may even record the call. You may watch it later or share it with your friends on social media.

Every day, you get free calls, making it even more handy. The automatic answers in the Prank Dial app are what make it feel authentic. The user may choose from a range of prank call settings. Save the call log and pay attention to the answers. MagicCall is a terrific programme that can be used as a voice changer during phone calls and is available for both Android and iOS. It’s a fun prank call programme that lets you phone your pals and apply various effects while doing so. Magic Call is easy to use and comes with a number of voice alterations and pre-installed background effects.

Males, females, and the elderly The voices accessible in the Voices area include Male, Robot, and Kid. The backdrops are Rain, Concert, Traffic, Birthday, Racecar, and Mount Everest. In the additional sounds area, you may utilise Clap, Gasp, Punch, Kiss, Laugh, and other noises with emoticons within the calls.

You must make a phone call and select male, female, child, or cartoon with background noise from the options. The recipient will hear a different voice during the conversation, making it a fun method to fool each other.

The app’s free edition lets you to make a limited number of calls, however the premium version allows you to make more. The best thing of the app is that by collecting points in the call voice changer app, you may gain free calling minutes. Voice Changer Prank Call is one of the greatest call voice changer applications. For both Android and iPhone, it was originally known as Call Voice Changer, Allogag, but the name has recently been altered for Android. Another prank call software that you may use to have some fun with your buddies is this one.

One of the numerous various voice options available, for example, is Darth Vader. These are alien voices, as opposed to the conventional male to female and kid sounds. The background noises include airport, birthday music, cat, and dinosaur sounds. Not only that, but you may also include effects like ghosts, wind, and so forth.

All of these features may also be tested on the user before being used in the real call. You may use the voice changer app to obtain free minutes and enter to win extra minutes from the advertisers while you’re on the phone. For those searching for a fast prank call, the lightweight programme is excellent. FunCalls is an Android and iOS software that lets you alter the voice on your phone calls. You may play pranks on your buddies by utilising various voice effects. The app’s premium edition also allows you to make international calls. You can select from any of the plans offered by the app.

You may pick a plan based on your demands, and they charge by the minute. The following entertaining voice effects are accessible throughout the call: Helium, Male, Funny, and Scary.The background voice effects provide a range of noises, including Cat, Dog, Cow, Wolf, and Monkey.

It is one of the greatest voice changer applications for calls because of the demo call function. You can hear all of the sound effects since it allows you to make a free call to yourself. This programme is really easy to use. All of the capabilities needed to make calls fast are available on the main page. The software also includes usage instructions and an instructional video for the user’s convenience. 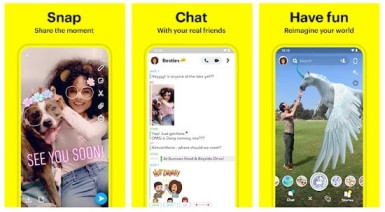 Snapchat is a popular multimedia messaging software with an innovative ‘Snapchat voice changer’ function that allows you to make your voice sound bizarre and amusing. Snapchat’s live messaging function allows you to create video snaps with a choice of amusing speech filters and share them with your pals.

However, how do you make use of these Snapchat voice changer filters? Simply mute the video snap and hit the speaker button to alter your voice with one of the many voice changer Snapchat effects. For example, the Snapchat alien speech filter makes your voice seem like it came from another planet.

The child voice changer filter alters your voice to sound like a tiny child’s. Overall, the Snapchat voice changer app is a great way to have a good time with your closest friends and family. 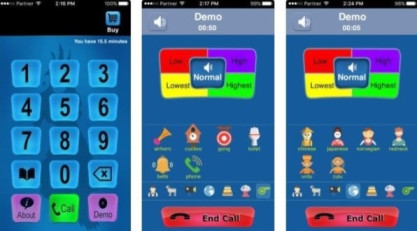 IntCall’s Call Voice Changer is an excellent app for making prank calls, and it’s available for iPhone. It works with iPhones and iPads as well. The most current update is designed to operate with iOS 14, allowing users to utilise the voice changer for calls on iPhones 9 and later.

IntCall provides a number of voice change options, including male to female and female to male. During the call, you may add sound effects like the doorbell, whistle, kiss, baby, phone ringing, and animal sounds.

With a subscription, users may use the app for three days for free. A solid internet connection is essential because the call voice changer software uses VOIP. You must adjust the settings to switch off the subscription because it is automatically renewed each week from your iTunes account.

This is a basic female voice changer programme that allows you to hear your voice as ancient women, young ladies, little babies, and other girly sounds. The one significant disadvantage is that you can only record your voice in a female tone. There is no way to alter your voice from male to female during a phone conversation, unlike the other popular free voice changer applications on our list. 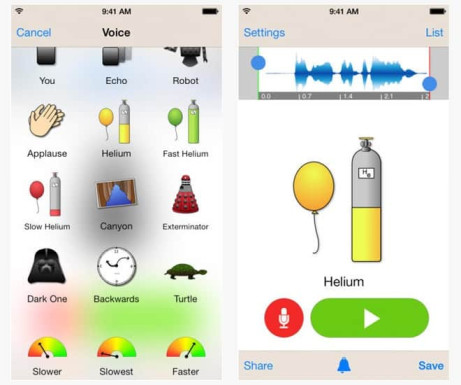 This programme allows you to build and apply voice filters, as well as share all of your recordings for free, despite the fact that it cannot be used during phone conversations. A broad selection of filters are available, including a robot voice, helium voice, and Darth Vader’s own voice. Aside from that, you may change the pitch of your voice by speeding it up, slowing it down, or even reversing it. If you have an iOS device, you can get it through the App Store.

So, when on the phone, here are the greatest voice changer applications for Android and iOS. We hope you’ll be able to utilise the call voice changer programme to make a prank call to your buddies. You may, however, test out all of these applications to discover which one suits you best. We’re convinced you’ll be able to find something enjoyable to do with your companions.